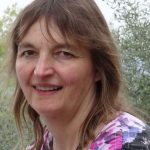 Ingeborg A. Brouwer is professor of Nutrition for Healthy Living at the Department of Health Sciences of the VU University Amsterdam, the Netherlands. Her work focuses on nutrition and health. Ingeborg trained as a nutrition scientist at Wageningen University (MSc,, NL). She completed her PhD in Medical Sciences in 1999 at the Catholic University in Nijmegen, the Netherlands. As post-doc at the Wageningen Centre for Food Sciences she organized and coordinated a multi-centre clinical trial on effects of fish oil on cardiac arrhythmia endpoints. Between 2003 and 2006 she was project leader at the Wageningen Centre for Food Sciences where she led a project on ‘N-3 fatty acids and cardiac arrhythmia’. She was also project leader of the METAHEART project, which was part of the integrated SEAFOODplus project (EU 6th framework). In 2006 she was chosen to become assistant professor in the program of Academy professor Martijn B. Katan (Royal Netherlands Academy of Sciences) and therefore moved to the Department of Health Sciences VU University, Amsterdam, the Netherlands. She became associate professor at the VU University in January 2010 and full professor in 2014. She is co-coordinator and project manager of two large EU consortia (MooDFOOD and PROMISS) and supervises several PhD students. Her current work focuses on the role of nutrition in health and sustainability. She has published more than 150 scientific publications including papers in international high-impact peer-reviewed journals, book chapters, reviews and invited commentaries.

MooDFOOD harnessed a multi-centre European consortium with expertise in nutrition, psychology, psychiatry and food-related consumer behaviour to evaluate and test the potential for the prevention and treatment of depression through nutritional strategies.

Based on a large number of studies and careful analysis, MooDFOOD researchers have come to three important conclusions: